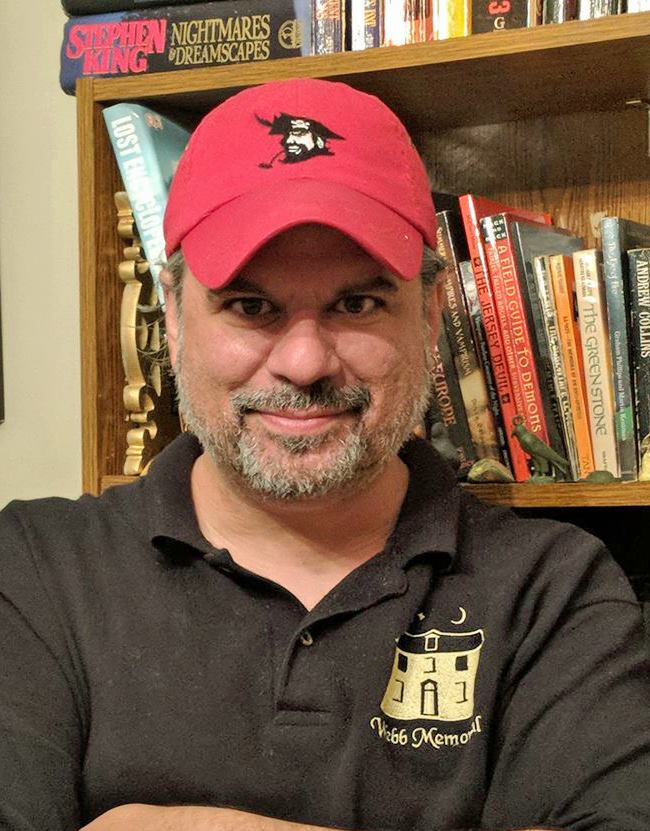 Joey Madia, when he is not investigating strange phenomena, is an award-winning screenwriter, audio dramatist, playwright, novelist, actor, and director. His screenplay The Man at the Foot of the Bed (based on a true story by Josette Saginario) has been a two-time Official Selection and a Beverly Hills Film Festival invitee. He is the author of four books on using theater in the classroom (The Stage Learning Series, Accompany Publishing, 2007) and is working on a fifth book, Every Day is a Story All its Own, about the art, craft, and importance of telling our stories. His award-winning poetry, nonfiction essays, and short stories have been widely published. He is the author of two novels: Jester-Knight (New Mystics, 2009) and Minor Confessions of an Angel Falling Upward (Burning Bulb Publishing, 2012).  He also has profiles at OnStellar, Stage 32, Goodreads, Film Freeway, and IMDb.

Watch Out for the Hallway: Our Two-Year Investigation of the Most Haunted Library in North Carolina, with Tonya Madia