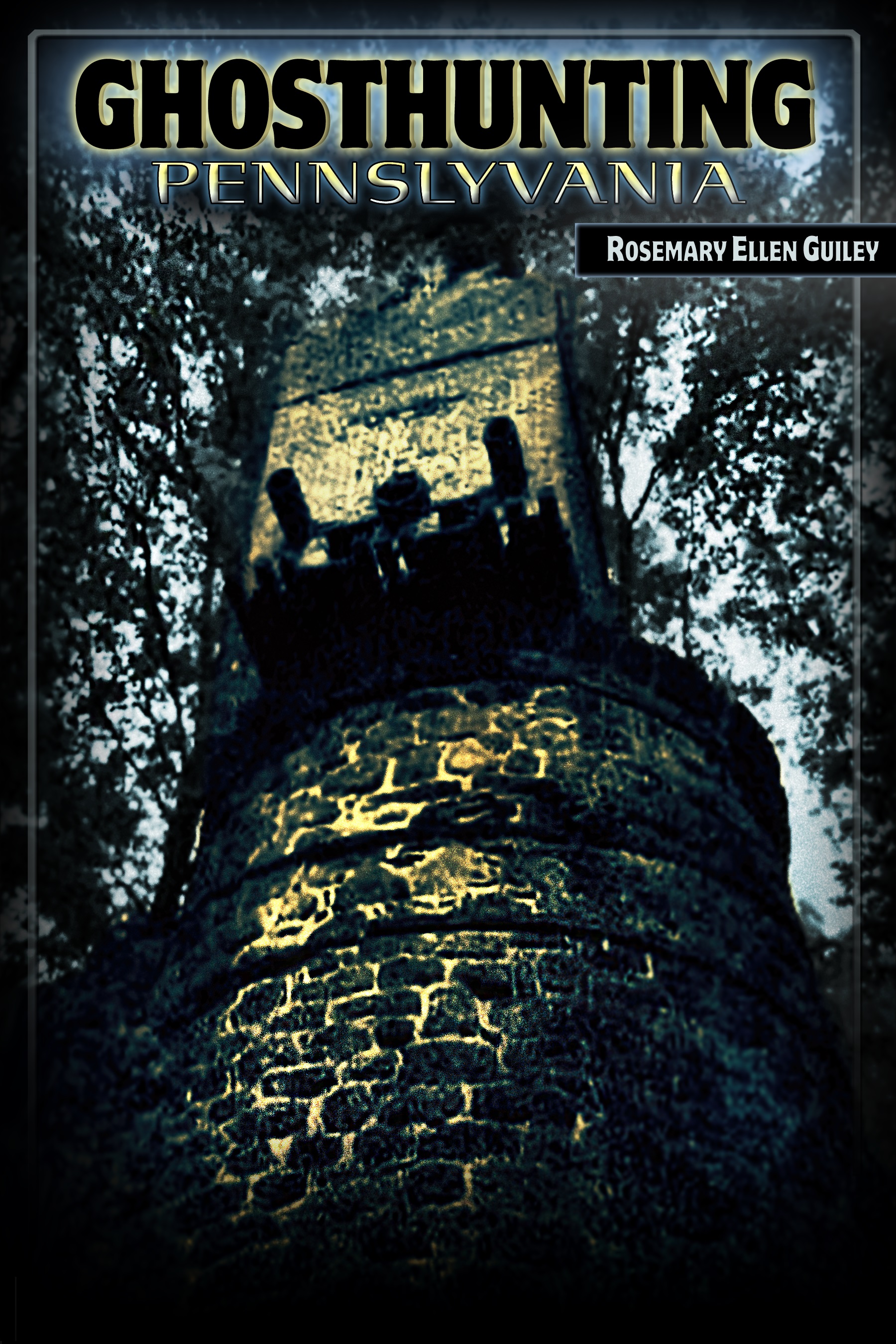 Explore the scariest and most famous haunted sites in Pennsylvania with Rosemary Ellen Guiley, one of the leading and most respected paranormal researchers in the country. Explore dozens of creepy sites around the state, all accessible to the public, where you can test your own investigation skills.

Rosemary provides the fascinating history behind the hauntings, as well as descriptions of what visitors and investigators have experienced at each site. She includes many of her own experiences, drawn from the investigations she has conducted throughout the state.

Learn about the ghosts at famous prisons, hotels, parks, theaters, libraries, restaurants and pubs, forts, historical homes and buildings, Revolutionary War and Civil War sites, and abandoned sites, as well as places off the beaten track.

Among the entries are:

The Old Jail Museum, a former jail in Jim Thorpe where imprisoned Molly Maguires awaited their executions by hanging

Hotel Hershey in Hershey, where the founder of the Hershey chocolate empire still walks the halls and grounds

Hotel Bethlehem in Bethlehem, home to numerous ghosts of guests, including a suicide

Gettysburg, an entire town and area haunted by the violent deaths of Civil War fighting

Chickie’s Rock, haunted by the ghosts of suicide and tragic death victims, and strange creatures who steal apples

Fort Mifflin, a former military base in Philadelphia where numerous ghosts linger, including a screaming woman

The Pittsburgh Playhouse, haunted by actors, actresses, and a strange entity known as the “Bouncing Red Meanie”